Editor2 (2022-06-10). OAS 'Murderer' Almagro Confronted on Bolivia Coup. orinocotribune.com OAS Secretary General Luis Almagro had a meltdown on Tuesday as he was confronted by a U.S. activist of the Almagro was called a murderer, not only for backing the dictatorship of Jeanine Añez, but was also condemned for his role in trying to install failed coup leader Juan Guaido in Venezuela and for pushing for unilateral coercive measures against Venezuela. | Multiple counter-summits and a series of actions are being held in Los Angeles this week to counter to Biden's collapsed Summit of the A… 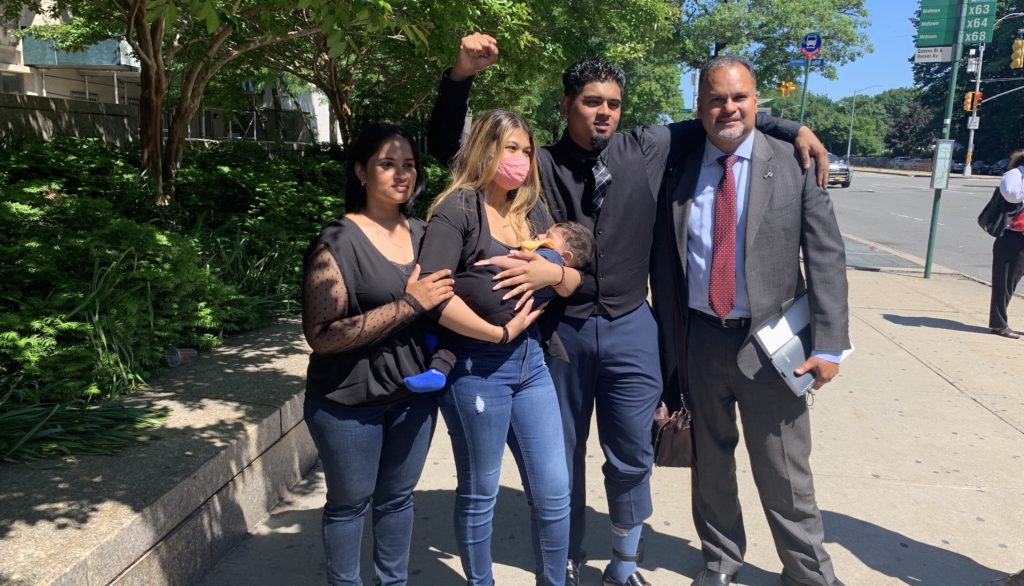 In an unexpected turn of events in the courtroom, Assistant District Attorney Andrea Medina moved to drop five of the six charges against Churaman, on account of a technicality that he himself had discovered while studying law books in incarceration: due to Churaman's young age at the time of the crime, the case could not be tried in criminal court…

Peoples Dispatch (2022-06-10). OAS Secretary-General Denounced As 'Assassin' and 'Puppet' At Summit of the Americas. towardfreedom.org June 7 was a bad day for the secretary-general of the Organization of American States. During the Summit of the Americas, a young man declared to him what he is: an instigator of the coup in Bolivia, reports People's Dispatch.